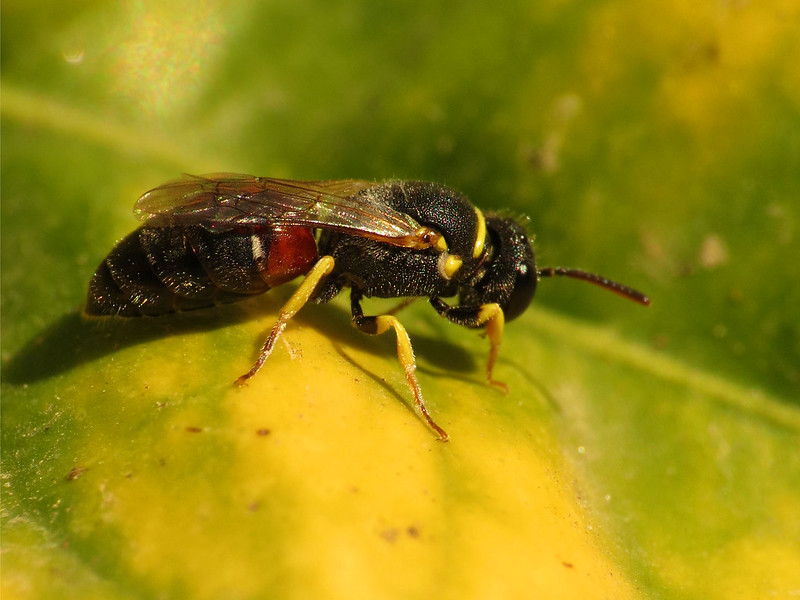 An ever increasing concern in the world today and especially gardeners, or farmers,  is the disturbing disappearance of bees.  Science alert has recently published an article on the 3rd of October talking about how 7 species of Hawaiian yellow-faced bees have officially been added to the Endangered species list.

To get on this list a plant or animal must be in danger of extinction and fortunately it affords them some protection.

It also means that they will put plans in place to HOPEFULLY help them rebound and come back.

Whether or not it will work remains to be seen.

One can only hope that whatever they do, helps these 7 species, and also raises awareness nationally to make sure that this cannot happen again.

“The plight of bees across the world has been making headlines a lot lately, largely because bees are one of the world’s greatest pollinators. Without them, roughly 30 percent of the world’s crops and 90 percent of our wild plants would fail.

“People tend to focus on the rare plants..  Those are important, because that’s a big part of the diversity,” Xerces entomologist Karl Magnacca told the AP.

“But the other side is maintaining the common ones as common. [The bees] help maintain the structure of the whole forest.”

To save the seven species, programs will need to be put in place that allows their populations to thrive. This hopefully means federal agencies will fund efforts to protect the areas of Hawaii where known populations live, though an exact plan has yet to surface. “

I certainly hope that this latest action of putting these species on the list, results in a positive action.
And awakens awareness of just how serious this problem is…
…before it is too late.

Where would the world be (pardon the pun) without these handy little workers.

We literally cannot afford to let the bees die out. (As this video by AsapScience humorously, but clearly explains.)

Anything that can be done to get this in front of the right people may help, so lets try and raise the awareness together.

Check out the following youtube video: Why are the bees Dying? (See Below)

If you are wondering about some of the reasons why they are dying, and why they might be an endangered species